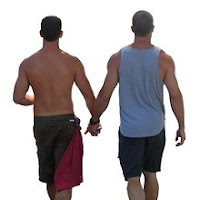 Recently, questions have been swirling around Liberty County concerning allegations of a conspiracy to surreptitiously take over the courthouse. Multiple people who are interrelated are alleged to crave the power of complete control over the courts and money in Liberty County.

The players in this alleged conspiracy are- Zack Zbranek(D), who is running for Liberty County Court at Law- against opponent, Tommy Chambers(R). Then there is incumbent, Carol "Rusty" Hight(D) of the 75th District Court- opponent, Mark Morefield(R). Lastly, there is Lester Wisegerber(?), Liberty County Republican Chairman- opponent, Andy McCreight(R).

The trilogy of Zbranek, Hight and Wisegerber appears to be making a desperate power grab for total control of Liberty County. In addition to this alleged power grab, Commissioner Candidate Norman Brown is linked strongly to Wisegerber's goals of Liberty County domination through commissioner's court. These three are all related through either blood or marriage. Voters, along with practicing local attorneys, know what types of games these three and their ilk have played on their political opposites and enemies. Does Liberty County and the local legal community really want a system exceedingly corrupt and the polar opposite of fair and impartial jurisprudence?

People should look at the continued corrupt actions interrelated to these characters and ask themselves... Are these the type of people we want deciding the future of our children and community?

The coming election will be the most important election for Liberty County in over 100 years. We are being given the chance to bring Liberty County into the 21st Century and to shed the curse of corruption which has stained Liberty County for so long. Many have worked hard for this opportunity. What will you do?

Yeah, we need to gut the Liberty County DA's office next.

Liberty County needs fair representation, its not coming from these three, ever.

Add to that ethical and honest

Liberty County needs fair representation, its not coming from these three, ever.

Is that Mike Little and Joe Warren headed to court?

Ha! I have been wondering if anyone besides myself noticed these family ties all with their name on the ballot. I too thought Brown, Wisegerber's best friend, makes this very dangerous. I don't know if you thought of this either..... Wisegerber has probably recruited specific Dayton candidates that he is tight with too. I wouldn't think these men think there is anything wrong with what they are doing because they are not doing anything illegal simply by their association. But what I think smells to high heaven is that the inegrity and the protections built into the a party system require an adversial position. Basically this kind of collusion is cheating at best. If all these men were in one party that could be perfectly okay. But still we are left with the words "could be" because Wisegerber as the chairman could be doing things behind the scenes to help one of his primary candidates over another. It all stinks. I do not want to try and clean up one mess in the courthouse only to get another one started. These men have started off wrong and that can only lead to more wrong. As for me, I will vote straight anti-incumbent for many reasons except for John Otto. The man running against him is unacceptable.

Politicains who come up with these diabolical schemes in the name of better government need to realize we are not part of their little group. It is one thing to cross party lines to solve a problem, but it is a whole different thing to cross party lines in secret and against what you have indicated publicly just to get people YOU want in office. How about a little respect for the voters?

Politicians are like Diapers, and should be changed often and for the same reason.

I am definitely voting against EVERY incumbent EXCEPT Judge Cain. He seems to be one of the few HONEST men in Liberty County government. Also I think that Norman Brown needs to be voted out on his keester in the primary for Commissioner Precinct 4. IMOHO, Paul Kelly(R) would be a good choice for this position.