OH, WHAT A WICKED WEB THEY WEAVE 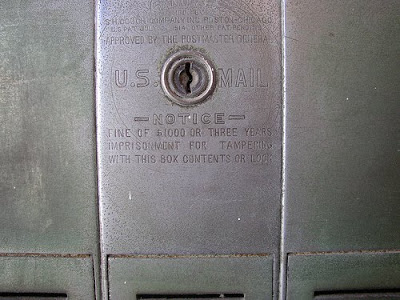 Weeks have gone by and what we thought would be an indictment in an open and shut case of tampering with the mail has still yet to be filed. Liberty Dispatch broke the news story when District Judge Chap Cain’s mail was tampered with and video of the perpetrator making copies of a check that was in the mail had been found. The obvious reason for the delay in this all being made public information is that there is more to this case than just arresting the person who is seen on the video at the Kinko’s in Beaumont making copies. Liberty Dispatch knows the wheels of justice tend to move slowly mostly when there is other evidence and other co-conspirators involved and it takes investigators some time to properly prepare their case.

In the meantime, the public is left wondering exactly what is going on. But since Judge Cain recently switched to the Republican Party, let’s set up a pretend scenario and see what the possible implications would be if the person who tampered with the mail had a strong connection to the local Democratic Party.

Let’s just say for the sake of trying to understand the possible implications that the person who tampered with that now infamous mail was not, as some have suggested, Phil Fitzgerald. Instead, for the sake of discussion about the possible broad effect this crime could have on this county; let’s just say it was a Democratic Party Chairman or Chairwoman. In fact, let’s just say it was the last non-Archer to head the local Democratic Party. Let’s use former Liberty County Chairwoman Liz Beausoliel as our example. Now for a period of time readers of this website please think about the different ways that her involvement and those who may have helped her would effect this county. Think about what her motivations would be and who might have helped write the letter that falsely accused Judge Cain of campaign violations.

The alleged conspirators involved include Judge- CT Hight, Michelle Merendino and Zack Zbranek. Stay tuned for part two as we wait impatiently for the details to be revealed to those of us who pay the salaries of almost anyone that could possibly be connected to this.

The harm to the local Democratic party will be huge if it is anyone but Phil Fitzgerald. The Democrats are sticking with their story that the only Democrats in the last few years to get in trouble are Janet harrelson and Phil Fitzgerald and Toby Wilburn and Craig Houghton and Rusty Hight (yes, the then lawyer and now judge tampered with court documents in a custody case). If there are more, even Democrats may vote to oust all of them next election.

You people do not know what you are talking about. The so called stolen or copied mail "news story" is over and done with. It was all a misunderstanding and that is why you people are the only ones still reporting on it. Akins you couldn't investigate yourself out of a paper bag. You may have gotten lucky on a few things but you are way over your head here.

Why is it that Liberty Dispatch seems to be the only one who wants to rid this community of criminals working in the courthouse. The only time the others "report" is when they just about have to and they never look for anyone else involved in this kind of stuff. Ray Akins is the only one with any guts around here.

One of the problems with your pretend scenario is finding someone stupid enough to this kind of stuff. Cain switched parties....maybe because he identifies more with the rich and the preachy Republican party...and now he is throwing around accussations.

Judge Cain is the first officeholder to come forward and ppoint out wrongdoing before any law enforcement had an investigation pending. Thank God for someone up there that is as sick of this as the citizens. I switched with you Chap!

It seems to me the natural person to have exposed Phil Fitzgerald's FEMA hanky panky would have been Hight. He is alot closer to Fitzgerald than Cain. I guess it is hard to rat out close friends.

The Merendino girl sure hangs out a great deal with Democrats to be a Republican. I wonder what her role, if any, is in all of this. If I were her I would make a public statement disavowing this kind of politics used against her opponent and asking for a stiff penalty for whoever did this. If I were Liz Beausoliel I would not appreciate being drawn in this story - even as an example. I would release a similar statement if I were her.

Can someone please tell District Attorney Mike Little his little self promotion every year stinks to high heaven. The Annual Candlelight Vigil honoring victims of crime and child abuse coming up tomorrow is not suppose to be a campaign ploy for the same District Attorney that has redefined the extent one can selectively prosecute. Hey Little are you honoring those victims in the cases you picked and chose to either ignore becase of the politics or the ones you practically invented to get someone for the sake of politics?

Speaking of Mike Little, anything and everything that is wrong in our Sheriff's Department is part of Little's resume as far as I am concerned. The lack of prosecution or investigation of some of the rogue deputies and detectives the last few years despite a public outcry (on this website if no where else). Pne of Little's own prodigies, Steve Green, makes the credit for any problems in the department even more attached to Little. Come to the plate man and do something beides get ready for the next election.

Isn't that the truth. How about dropping the time ypou spend writing the D.A.'s Corner and instead of promoting yourself get over there and help Patterson get that department's mojo going? He isn't a real Republican so you won't get ant real germs on you! (remember two years ago Patterson ran as a Democrat with you Little)

Hey Ray you caught the guy who welcomed you to town by getting in your mail on camera too. Any connections?

How funny! Vanesa's dem puppets are trying
to control this blog. It's hilarious to watch
them piss and moan. Oops! ASP Westward forgot
to buy out the Liberty Dispatch!

I'm wondering when the likes of Kelley, Myers,
Patterson, James Evans, Esq., and others- will
document the defamations to her boss', boss',
Boss, the CEO of American Securities, NYC, NY?

I noticed, that the Pres of ASP Westward, LP
was replaced last month, and HCN's online watchdog, Mike Read, no longer appears on its
personnel list, as of this month.

I also notice, that the Advocate's site hits
are down, BIG time... as are Mar-Apr's comments. Vanesa's even online, BEGGING for reader responses (no doubt, having a major problem documenting her continued relevance to the area, let alone the community!)

Should we tell her, how many succesful
candidates, in the March primaries-
boycotted her phony, poorly disguised, dem
ambush (aka the Advocate/Dayton news sponsored
"forums")?

Should we tell her, that her endorsement
results in a major loss, garnering only
TWO PERCENT of the vote (her cub reporter,
Melecio Franco)?

Should ALL the republican candidates
take note, and permanently boycott her papers?

Should we tell her, just how IRRELEVANT
she IS?

I'd say it was nice knowing that bunch,
(since almost nobody cares about them,) but
it wasn't!

I'll tell how irrelevant she is. The houston galveston area had 5.6 million folks in 2006, see

the entire Houston Community News group,
combined, claims a 'circulation' of ONE TENTH
of that! see:

now, subtract the tens of thousands of 'circulation', that's dumped at schools,
and TRASHED, unread. Then add all the others,
dumped at similar sites, and also, unread.

So, I'd count it an honor, to get 'kicked off', their websites. Apparently, per the above, MILLIONS of area residents have
kicked THEM out of their homes, offices, and
lives!

If all 33 of them went bankrupt, who'd miss them?

Some of my friends say you are the Charles Bronson of Liberty County. They say whether someone likes your methods or not, Liberty County with all of its corruption will never be the same. Others say rather than a vigilante you are just someone who hates the Democratic Party and liberals and you try to exterminate them by any means necessary wherever you go. The picture they paint is not as complimentary. It is more like you are a necessary evil. Still some say you are an agent of the devil rather than an avenging angel for the oppressed. Which is it? What are the goals of Liberty Dispatch? How can we help?

This video of someone tampering with mail should be put on here for everyone to see, that is, if you can get a copy of it. This way we can know who the perp is, otherwise this will probably never be prosecuted in Liberty County. I thought tamperring with the mail was a Federal offense. There must be some truth to this or how else would the DEMS. gotten hold of this information. Where there is smoke, there is usually fire.