QUESTIONS THAT SHOULD BE NAGGING THE COMMISSIONERS 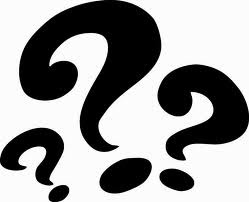 The voters are left with at least three very serious questions that all could have something to do with money whether Henry Patterson is re-elected or not:

1) Why were their no arrests at those two huge fields of marijuana law enforcement officials were led to by a concerned citizen?

2) What would we see if we were handed a detailed accounting of how the assets were appropriated that came into the LCSO for the last three years?

3) Whose civil rights have been violated by “investigations” that can be linked back to the sheriff and were the people doing the work even licensed to do legitimate “investigations”? Did they receive any compensation or even an expense account paid for by the county?

All three of these questions nag at my mind when I think that these people have said they are “investigating” all three of our judges, the district clerk, at least two of our commissioners, the district attorney, the county attorney, one Liberty police detective, two justices of the peace, one constable and several private citizens. Our commissioners can ask these questions of Henry Patterson and since the city of Liberty’s attorney has made public one of the open record requests he has received from Robert Valdez, it may be wise for local officials to gather up all open record requests sent in to any department and call Patterson before them and get some answers.

As pitiful as the Joe Warren thing was, it cost time and money. Only the commissoners can call henry on the carpet. He needs to be put on the record about his relationship to these people.If they are violating people's rights and have no probable cause in work they are doing for the sheriff, who all could be held liable?

B-o-r-i-n-g! These people are a buch of kooks. All they are doing is assuring that either Rader or Cox will be our next sheriff.

Good proactive suggestion. Better to do it than wish you had.

What is the matter Ray, you worried they will dump so much stuff out right beofre the election that you and Pegues can't pick it back up and put it back in the trash can quick enough to not effect the election. Sleep good dumb *sses.

Here great chance for Fontenot to show you something called leadership. Does he have it in him?

That would be the Captain, Rex Evans, who had to have an air ambulance ride (Henry's company and conversation at morning coffee- causes extreme indigestion)!!! ROFL

i saw Sam Pierce putting out signs yesterday for Bobby Radar. i have known him most of my life i will support anybody he supports. i know through personal experence Sam will do whats RIGHT no matter what people think.
Radar has our familys vote.

Be careful what you wish for. Is it the devil you know or the one you think you know

I sure would like to know the answer to the previous question someone posted! I hope they know what they done was against the law and can be prosectuted for their actions.

not even close, LD...
The TOP questions "nagging" the commissioners, SHOULD be:

and all.... of the
1. unchecked expenditures
2. cronyism
3. double dipping (salaries paid by county, plus the slush fund)
4. exorbitant travel expenses
5. conversions to personal use of funds (or property (vehicles) bought therewith)
6. theft
7. embezzlement

Then, we can start on the corrupt/comatose media... who've allowed this for years!