TIME TO STAND UP 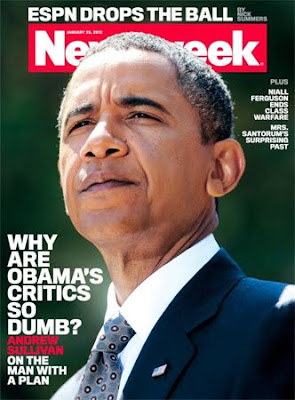 Liberty Dispatch has been trying to UNspin the local news for years now. The local media has reported, or not reported, news in a manner in which they chose who the winners and losers were in local politics. We simply have given voice to a silent majority. We don’t pretend to be neutral as the rest of the media does and we don’t ask that you agree with us on everything, we just ask that you read other thoughts and ideas and unasked questions. We offer politicians and opportunity to answer questions WE THE PEOPLE are already asking as Liberty Dispatch gives voice to those ignored by a very liberal media.

TIME magazine’s recent cover shows you that our local media has some big and powerful allies. Liberty County voters are poised to send TIME and the people who would continue to try and spend our way out of a recession a strong message in November 2012.

With what is going on in Liberty County now voters who would not normally agree or side with us find an outside antagonist that will put almost all of us in agreement or the primaries. Though the infamous Outsiders are playing mind games with the few who will even consider what they say, their effort to compliment and posture as “pro law enforcement” is laughable to most. They act like they are working with our justice system, but in reality their efforts are to build a rogue force to circumvent the deputies and judges and police local taxpayers have hired to serve this community. The Outsiders will never find enough ignorant people that have read about “Outsider investigations” to think that these people are loved by our local law enforcement.

If the Outsiders could they would have a picture of Patterson on the cover asking why people who want Bobby Rader as the next sheriff are so stupid. The questions anyone that is not sure about this whole matter should ask is why when you pull a deputy or a judge or almost anyone in the courthouse to the side, you hear how we need a new sheriff. Patterson has rescued a handful of law officers that were in trouble in other counties to be his upper management and they of course are his supporters, but what taxpayer supported hiring these rejects?

Obama can kiss my Valdez

lmao Patterson is funding the Outsiders. They should all go to jail.

Then, what else is Patterson funding with the confiscated money from drug dealers and illegal gaming shops?