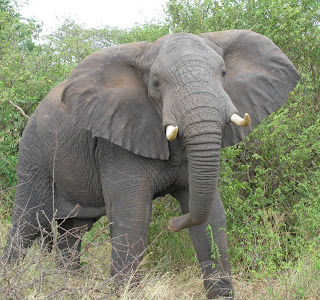 Mike Little did not seek office again as Liberty County DA after three decades in office. As a result his hand picked replacement Logan Pickett ran as a Republican candidate and narrowly won that office against challenger Karen McNair.  This years election is the first time Logan Pickett has been associated with the local Republican Party.

Mike Little has been a controversial Democrat for many years with extreme political bias, it is believed he will turn to the Republicans for support. Mike Little's future with the state or local Republican Party is uncertain at this point.

(Incorrect prior related Mike Little story was posted here by accident and has been retracted/deleted.)

tune of Blue Moon by the Platters:

"Blue's Moon,
You saw him standing alone,
without a thing in his heart,
nothing could keep you apart

Blue's moon,
you know just what he was there for
just bow and saw all your prayers boy
He'll never leave you alone"

ahhh, what an appropriate song!

Well, I can now see that I will have to vote line by line instead of a straight Republican vote. Is there any way that the Republican Party can black ball the trash that is trying to infiltrate our party? This is one of the most ridiculous things I have ever heard of. Little is still up to no good. Get him outta here.

I was made aware of Mike Little being sued by the Blue man by reading an e-mail from Ed Shauberger quite some time ago. When will you people learn Shauberger has started hundreds of little personal wars and then hidden behind you. I now see you have caught on he is NOT your friend, but he is probably still sitting back laughing his ass off everytime you mention Joe Warren or Mike Little or Chip fairchild or Frank Huff. He must love watching you go at it while he sips a StarBucks.

That would bea tall mountain to climb. Who believes Mike Little is a Republican? Who believes his heavily political performance as DA qualifies him to be any kind of judge.

For nearly two decades I have watched as a small handful of people tried to rid the county of Democrats. Now the only one left,the biggest one, has retired, or he has at least declined to run agaun at this time. Is it not probable that voters would reject the most infamous of the bunch? We already expelled Hight for playing games with the courts. Do you really believe Little would have a chance?

Mike Little needs to stand aside and give someone else a chance.

Yeah. A chance to clean up his mess.

If Little's slush fund was exposed ........ How does a D.A. in a little rural county get to ignore an outcry for openness? The president’s assertion of executive privilege is without foundation–a transparent effort to protect his attorney general, and possibly himself, from a legitimate congressional inquiry about a scandalous policy failure. The more this story unwinds, the more obvious this will become.

Dogcatcher might be a good job for him to run for.

Isn't too late for him to run?

I don't think they are actually talking about "re-election". Little is prepping to run for either county judge or oneof the other judgeships.

Courtesy of David Maraniss' new book, we now know that yet another key prop of Barack Obama's identity is false: His Kenyan grandfather was not brutally tortured or even non-brutally detained by his British colonial masters. The composite gram'pa joins an ever-swelling cast of characters from Barack's "memoir" who, to put it discreetly, differ somewhat in reality from their bit parts in the grand Obama narrative. The best friend at school portrayed in Obama's autobiography as "a symbol of young blackness" was, in fact, half Japanese, and not a close friend. The white girlfriend he took to an off-Broadway play that prompted an angry post-show exchange about race never saw the play, dated Obama in an entirely different time zone, and had no such world-historically significant conversation with him. His Indonesian step-grandfather, supposedly killed by Dutch soldiers during his people's valiant struggle against colonialism, met his actual demise when he "fell off a chair at his home while trying to hang drapes."

I like our judges and want to keep them. They are a credit to our party and the community. I for one will make sure we fight to keep our current judges.

Im getting real tired of the democraps giving Paulette Williams problems, I think she is doing a great job as clerk. Just saying...

Using red light camera money to buy ANYTHING, police equipment or baby formula, is still taking spying on us - causing traffic accidents - taking more money out of the pockets of citizens. Otherwise, why not put out cameras next to my church to catch jaywalkers and fine them......

Hillbilly? Who are the lightweights that are okaying these cameras? This issue must be too complicated for people who do not embrace the ideas in the Constitution.

I (heart) Cleveland. I (hate) Liberty and Dayton.