HOUSTON 03/25/2013— A Houston man has been accused of repeatedly raping an 11-year-old neighbor who became pregnant and gave birth this week.
Deandrea Devon Davis-Williams, 21, was arrested late Tuesday night and charged with continuous sexual abuse of a child. A judge tripled Davis-Williams' original $50,000 bond on Thursday and set arraignment for April 23.
Court documents show the attacks occurred almost daily over more than seven months beginning about last June 1.
The girl delivered a healthy child on Thursday, Harris County District Attorney's spokeswoman Sara Marie Kinney said Friday.
According to the criminal complaint in the case, the girl's mother received a call from her daughter's school saying school officials believed she was pregnant. When the mother bought a home pregnancy test and explained it to her daughter, the girl began crying and told her about the assaults.
A visit to a doctor confirmed the pregnancy.
The attacks began last summer while the girl's mother was at work and occurred "almost every day when no one was home," police said in the criminal complaint. They continued during the school year when her mother was working two jobs.
The mother told police she confronted Davis-Williams, whom she knows, and he denied any involvement.
Attorney Joe Owmby, appointed to represent Davis-Williams, did not immediately return a call Friday from The Associated Press.
According to the criminal complaint, police have copies of phone text messages in which Davis-Williams asked the girl "why she told on him and told her that he was going to kill himself."
Investigators said they tried unsuccessfully to talk with Davis-Williams and enlisted the girl's mother to arrange a meeting with him but he "did not show up to the appointment."
Court documents describe him as 5 feet 11 inches tall and 115 pounds with no previous criminal record.

I first broke a story last year revealing that there was an investigation into Fired Jasper Chief Rodney Pearson Covering-up of Child Rape Charges Against his Son Ronnie Pearson. This story was double shocking because, not only did you have allegations of a child getting raped and then allegedly forced by the rapist to get an abortion at Planned Parenthood, but you also had allegations that controversial Jasper Police Chief Rodney Pearson had tried to cover up the rape and not investigate. Leftist national media said came to town last year and said Rodnet Pearson was a good guy and was only fired because he is black. I wonder what the liberal media will think about the former Police Chief covering up shild rape charges now that his son has officially been indicted and booked on charges that include sexual assault of a child! 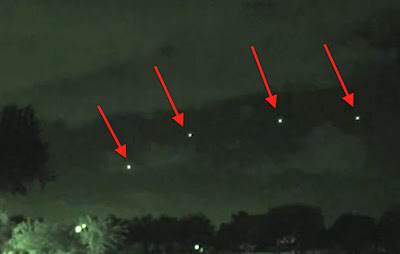