The people that have been harmed by Edward Ross Shauberger will hopefully get their day in court soon, but the public can still confirm his participation and his lack of repentance in one of his scandalous schemes by simply doing an internet search.

It is inconceivable that Shauberger and his amigo, Robert Valdez of Fresno, Texas have not taken down the picture and false manufactured story they placed on their blog when they were celebrating and orchestrating the arrest of a Liberty County Assistant District Attorney in 2011. The leftover negative publicity of the controversial handcuffing and booking of Joe Warren was reported by Shauberger and Valdez using the picture seen below. Warren is depicted on their blog, "theoutsiders", in a classic jail pose while his picture is placed among the mug shots of the men arrested in the infamous Cleveland rape case.

Readers may have already done a double-take as they saw Shauberger continues to dog Warren in spite of the fact Warren is the prosecutor in Shauberger's sexual assault of a child criminal cases.

Having now acknowledged that Joe Warren's mugshot continues to give a false and negative impression of the Assistant District Attorney, there are several things Liberty Dispatch wants to call on various people to do.

First and absolutely foremost, Mr. Shauberger and his Outsider friends have already been publicly embarrassed by their flawed and contemptuous effort to falsely imprison Warren and they should IMMEDIATELY remove his mugshot and apologize. When Shauberger posted the story on Liberty Dispatch,  we took the story and the picture down as soon as the story was proven to be a witch hunt (before the grand jury no billed Joe Warren). LD also set the record straight. These Outsiders are purveyors of lies and perverters of justice and they have left the evidence on their site for all to see.

The second "conflict of interest"- In order to avoid an appeal and to pursue the appropriate justice, Joe Warren needs to stay as far away from "all of" Shauberger's legal problems as possible. He was attacked very personally and no one should expect him to participate in the criminal case involving Shauberger's nursing business or the case that alleges the serial molestation of all three of his adopted daughters (and possibly other young girls).  Plain and simple, Joe Warren is just another in a long list of victims of Edward Shauberger.

The third "conflict of interest", since Warren let it be known that he was going to file a lawsuit against those responsible for his arrest and public embarrassment, the state needs to guard against any allegations of a quid pro quo. Specifically, since Joe Warren has indicated he is willing to let Shauberger out of his criminal business case, it could look like he is exchanging that for later testimony against those the people that helped him try to frame Warren.

The fourth "conflict of interest" is the possible appointment of Harris County Attorney and previous Mike Little's ADA, Mr. Dan Bradley. He is also Joe Warren's personal civil attorney AND the prosecutor who has made a deal with Shaubeger in another case. An attorney "Illegally appointed by Mike Little as Pro-Tem" in another Shauberger case. (WHEW...)

The fact that Shauberger and Valdez have left the picture up is only one verification of the depth of their involvement. According to a former friend of Shauberger (and a contributor to this website), before any of this happened (Click this link) Shauberger asked someone to go to one of the District Judges and inquire about the possibility of serving this arrest warrant.

"The Judge refused to sign the warrant and Shauberger consistently spoke of "getting him" from then on.  It wasn't very long afterward we knew something was wrong when these people persisted along with former Liberty County Sheriff Henry Patterson and had Joe Warren arrested."
18 comments:

This is the report narrative given by Edward Ross Shauberger's daughter/s to LCSO detectives back on 01/08/2002, date of the offense start date was 08/01/1995 (About the time Shauberger was working in DA Mike Little's office) - as follow:

WARNING: SEXUAL CONTENT ADVISORY
This page copy was received by LD through an Texas Open Records Act from the Liberty County Sheriff's Office.  Then Liberty County District Attorney Mike Little ignored this complaint brought to him by Liberty County Law Enforcement Detectives back in 2002.

This is the report narrative given by Edward Ross Shauberger's daughter/s to LCSO detectives back on 01/08/2002, date of the offense start date was 08/01/1995 (About the time Shauberger was working in DA Mike Little's office) - as follow:

WARNING: SEXUAL CONTENT ADVISORY
This page copy was received by LD through an Texas Open Records Act from the Liberty County Sheriff's Office.  Then Liberty County District Attorney Mike Little ignored this complaint brought to him by Liberty County Law Enforcement Detectives back in 2002. 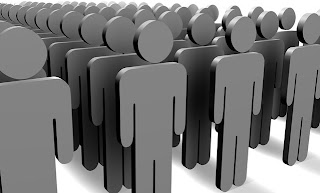 Because of the recent increased internet traffic on Liberty Dispatch, there has been intermittent outages and diminished bandwidth.  The increased traffic has caused stories to load slow or at times not at all.  If a story doesn't load fast enough, try using your Firefox/Mozilla browser or Google Chrome.

Sorry for any inconvenience.

Thanks, from LD...
No comments: 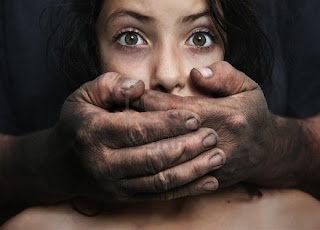 LIBERTY COUNTY:  I have been contacted by concerned citizens who want to help the victims of Moore, Oklahoma with food, clothing, food for their animals, etc., after the devastating tornado that struck their area and have killed and injured so many of their residents,
Upon contacting the Cleveland County Sheriff’s Department in Oklahoma at (405) 321-8600, I was advised by their Public Information Officer, Megan McCormick, that the town of Moore is in “lock down” mode and nobody is allowed into that area. However, the Sheriff’s Department has their Command Center set up on the Home Depot parking lot at Telephone Rd. and 19th. Street in the City of Moore, and all donations can be brought to that location for distribution at this time. There is a POSSIBILITY that as time passes, there will be a different site established but in this early stage, this is where all rescue and relief activities have been set up.
Sheriff Bobby Rader of the  Liberty County Sheriff’s Department wishes to thank all our citizens whose hearts are going out to those victims in their time of need.
For additional information and any future changes in operations, please contact the Cleveland County Sheriff’s Department at the above number.
Capt. Ken DeFoor
Public Information Officer
Liberty County Sheriff’s Dept.
No comments: 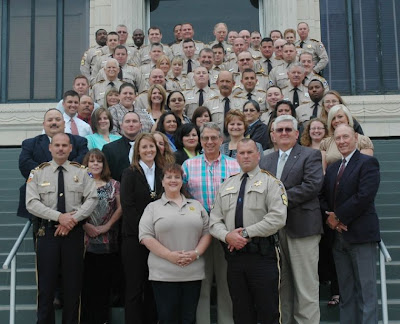 The week of May 12-18, 2013, is recognized as National Police Week. It is a time to reflect on the public servants who gave up their lives in the line of duty and to show appreciation for those still in service to the public. The Liberty County Sheriff's Office, represented by the deputies and command staff pictured here, is under the direction of Sheriff Bobby Rader.