As a follow up to our recent article on the information provided on Bailes consultants Murphy-Nasica we wanted to discuss an issue very close to our hearts as proud Conservatives here at Liberty Dispatch. Abortion and pro-life issues.

Now let us be clear before we go any further, Mr. Bailes may be a very nice man with family values, but since he, himself, seems to try to tie his opponent to the company he keeps, the same must be done for himself. Mr. Bailes is proud of his endorsement from Life Pac. However, one doesn’t have to look hard to see through past endorsements and lack of true work on the life issue to know it is a shill organization backing establishment candidates and has a far way to go to even garner the reputation that active legislative groups like Texas Right to Life has. 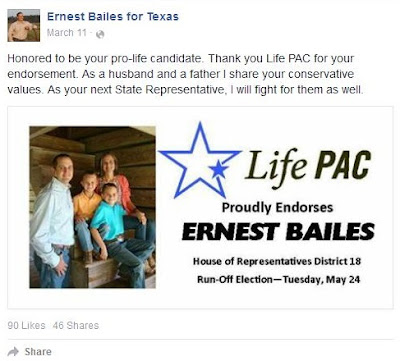 Additionally, that fringe group the Chairman in Liberty County went on a tirade over? The local Chairman of that group made the bold move to not only propose, but get passed at convention, one of the most pro-life resolutions we have ever seen, Abolishment of Abortion. He continues this fight onto the Republican State Convention and we fully support him in that. 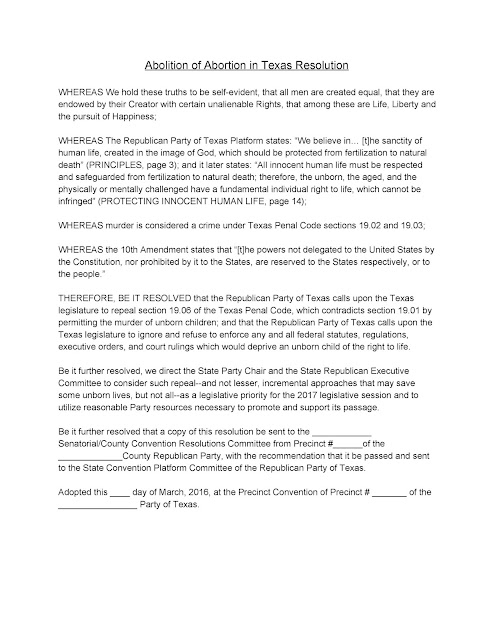 Now, we’re not really sure how this was considered by Ken Coleman as not Republican? If protection of life is not Republican, then consider us not Republican and Mr. Coleman and his few henchmen can continue to believe their warped view they hold somehow is.

Time and time again, no matter what endorsements Mr. Bailes garners he seems to only attract mostly establishment shill groups. Always linked to Straus or Otto and the poison in Austin. Why is this? We hope voters can gain some education on the true political games behind the scenes, from Bailes Democratic past behavior to his establishment backing by Republicans In Name Only now.

The following is information about Texas Alliance for Life:

“Joe Pojman is the Executive Director of Texas Alliance for Life, whose stated mission is to “protect innocent human life from conception through natural death through peaceful, legal means.” However, the evidence is clear, Joe Pojman is being used by establishment powers to cover the tracks of politicians who are weak on life. Even worse, Joe has empowered the healthcare lobby and hospitals to end the life of a patient without family permission.

Texas deserves better. When pro-life groups are united, important victories can be won without the pink-shoes drama that puts pro-abortion politicians in the media spotlight. Thanks to Joe Pojman, however, many pro-life champions are left out in the cold, and pro-life legislation is under constant threat of self-destruction.”- joepojman.org

“Texas Alliance for Life not only endorsed, but sent political mail funded by Joe Straus in support of Bennett Ratliff and J.D. Sheffield. Bennett Ratliff is on record saying he sees abortion as a right that a woman has. J.D. Sheffield voted with Democrats on numerous amendments meant to water down and kill HB 2. Texas Alliance for Life endorsed these candidates and sent direct mail into their House Districts telling voters they were the pro-life options. These actions are confusing unless you know that Joe Straus provided the bulk of TAL’s PAC money used in the elections so they were forced to cover for Straus’ lieutenants.” 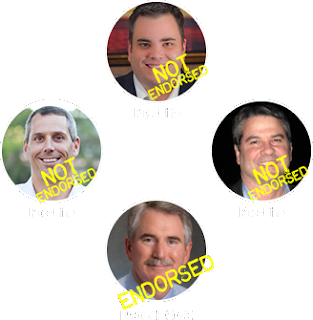 “Texas Alliance for Life has inexplicably ignored pro-life legislators in their endorsements, preferring to buddy up to the Austin establishment rather than judge candidates on their pro-life record. In the 2014 election cycle, numerous pro-life legislators, lauded for their leadership during the fiercest battles surrounding HB 2 and other pro-life bills, were left off of TAL’s endorsement list because they were not supportive of the Speaker and his dubious record. Jonathan Stickland, Matt Schaefer and Charles Perry are some of the most conservative Representatives in all of Texas and were opposed by the moderate wing of the Republican Party in their re-elections. Joe Pojman refused to endorse them based on their 100% pro-life voting record, but endorsed J.D. Sheffield who voted against pro-lifers numerous times.”- Source: TAL 2014 Republican Primary endorsements

“Texas Alliance for Life has begun to focus their efforts more on end of life issues than abortion. Unfortunately for the pro-life community they have teamed up with the Hospitals to craft SB 303, which removes end of life decisions from the family and gives hospitals the authority to end the life of a patient without their family's permission. They have become so focused on this issue that they are now forcing state candidates to support this legislation in their questionnaire before they can be endorsed by Texas Alliance for Life’s PAC. This is one of the reasons that none of your top conservatives are endorsed by TAL.”

Further, we think voters should see the article written in Breitbart Texas HERE

So the question remains. Just how pro-life is TAL’s endorsement? Or, is it possible, like many others, it is just a misleading endorsement to fool Conservatives by liberal leadership?

So Candiate Bailes is supporting an end of life bill that puts whether you live or die in the hands of hospital personnel. So let me get this straight, Bailes is putting our loved ones lives elderly and children in the hands of people who when we can't pay the hospital bill anymore can pull the plug on our loved ones. (F) YOU BAILES AND THE HORSE YOU RODE IN ON!

Bailes is nothing more than a baby murderer... He needs to study the Republican platform and repent.