As posted in the Cleveland Advocate on 5/15/2016, Mark Beausoleil claims he has 'been a Republican as long as he can remember'. At this point, we here at Liberty Dispatch are more concerned over his metal retention abilities more than ever.

Mr. Beausoleil served under Democrat Jack Hartel for over 9 years in the County Attorney's office and sought this office himself as a Democrat before. His wife is also the former chairwoman of the Liberty County Democrat Party. Mr. Beausoleil was also mixed up in past Liberty County scandals and possible mail fraud.

This election has brought us many false conservatives in republican clothing. Voters beware. If you truly want a Republican Representative, vote for one, not past, crooked Democrat Party hierarchy. 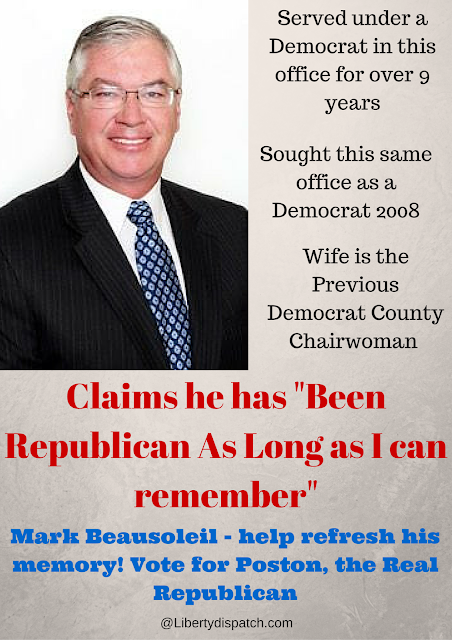 This guy has to be the biggest moron ever! Does he think people here don't know him, his wife, his past???? Wow!