The 14th Amendment to the U.S. Constitution, ratified in 1868, granted citizenship to all persons born or naturalized in the United States—including former slaves—and guaranteed all citizens “equal protection of the laws.” One of three amendments passed during the Reconstruction era to abolish slavery and establish civil and legal rights for black Americans, it would become the basis for many landmark Supreme Court decisions over the years.

The idea of “jus soli,” the right of the soil, goes back to English common law. Where does the American idea of birthright citizenship enter our political tradition?

In the United States, it is the African-American community that first begins to articulate the claim to birthright citizenship. They do it because they need it. Other folks do not.
They look at the Constitution, which doesn’t really define who is a citizen, but does have this clause saying that the president must be a natural-born citizen. They ask, if the president is a natural-born citizen, why aren’t we? The Naturalization Act of 1790 says that only white people can be naturalized. But there is no color line in the Constitution.

After 1868, African-Americans are citizens, if they are born in the United States. Now they have a tool that protects them from any effort to remove them from the country. With citizenship, there really is a there there, even as the struggle over civil rights continued, arguably into our own moment.

The 14th Amendment was a 19th-century remedy that did a great deal, but it was not designed to grapple with the problem of mixed-status families.

The 14th amendment, in guaranteeing citizenship, was meant to restore and bequeath family integrity to African-Americans.

I don’t think history is a blueprint. It can’t be. There’s too much that’s particular to our own time and place. But I do think the debate about birthright citizenship is here, and you can’t be well equipped for it unless you are familiar with where it begins.

Israel-Trump-Lies of the Left: by Andrew McCreight

The lies being spread by Chuck Todd, George Steponallofus-Democrat Party-George Soros-Maxine Waters-Nancy Pelosi-Chuck Schumer-Barbara Feinstein-But-ho (Beto)-and the Left Winged News Agencies in the form of their hyperbolic speech has triggered people who are already mentally ill to threaten and kill. IT IS THE FAULT OF THE LEFT THAT A PIPE BOMBER AND A SHOOTER COMMITTED HEINOUS CRIMES AGAINST OUR FELLOW UNITED STATES CITIZENS!

The thought that the Left Wing Press is attacking President Trump and saying that it is his fault that these criminal incidents occurred is ridiculous! President Trump has supported Israel from the inception of his Presidency culminating with moving the United States Embassy to Jerusalem! He supports Protecting Israel from their enemies in the middle east!

WHAT FURTHER PROOF DO WE NEED TO SEE THAT PRESIDENT TRUMP SUPPORTS ISRAEL AND HOW CAN ONE IMPLY THAT IT IS HIS FAULT THAT A CRAZY MAN ATTACKED OUR FELLOW CITIZENS!
No comments: 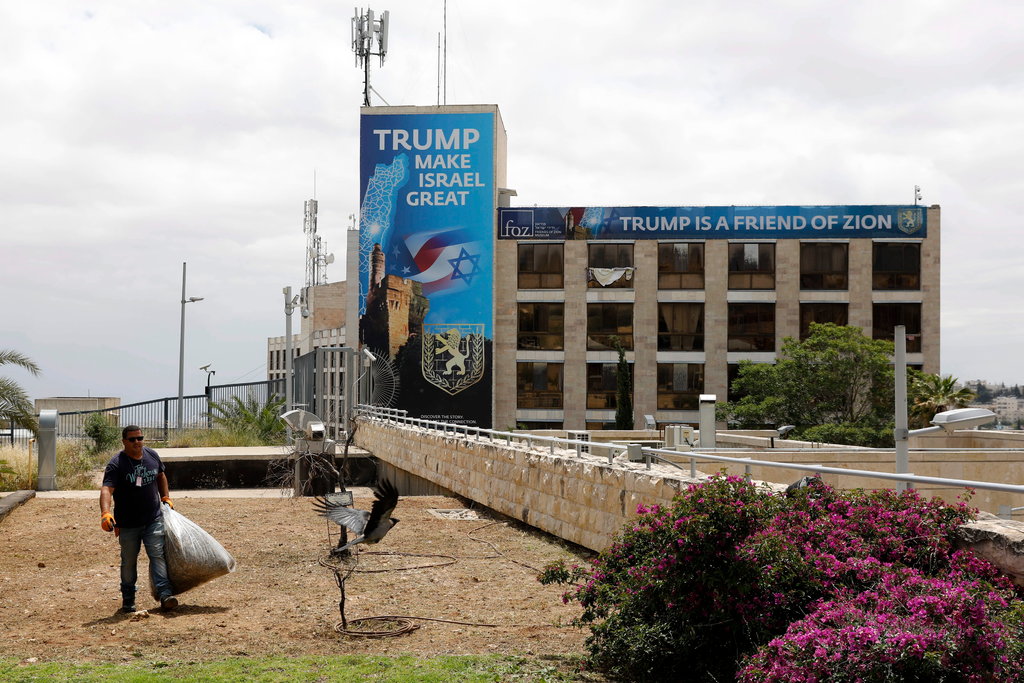 Back to the business at hand: by Andrew McCreight

Moving on from the Suicide Pact of the Left.

Let's address the issues that got us here.

Million Man Caravan:
We are in the mist of a hostile takeover by Honduran Militia.
They have their orders and are marching towards our Southern Border.
In a amongst the women and children who are being used as human shields are gangsters, terrorists, and criminals. Many of the criminals have been deported and are returning again and again.

It is President Trump's legal duty to protect the homeland. I will hold him accountable if he does not fulfill his obligation to protect the border from foreign invaders.

On the Day After the election on November 7 the Congress MUST initiate laws that will end this Border Madness! They must stop chain migration, birthright citizenship, and provide money to build Trump's Wall. I am saying they must provide the 25 billion dollars that President Trump has requested. Also Mr. Trump, go ahead and pull the trigger on Defunding the Billions of tax dollars that you are sending to South America. They are poking you so what the hell difference does it make. We tried to pay people to stay home and we still end up with thousands marching towards our border waving their Home Country Flags and chanting Death to America! Kinda Palestinian-ish!

On the day after the election Paul Ryan will be history. It will then be time for Mitch McConnell to step down! It is time for a complete overhaul of the Republican Party Leadership!

More to come...
No comments:

Picture This: by Andrew McCreight

Once upon a time in a land very near was a gangster Political Party called the Democrats.

They bitched and moaned about how mean spirited anyone was who opposed their ideology.

They called the Founding Fathers names and accused them of being the most hateful and vile human beings to have ever walked the earth. They forgot to tell the story of how White European Spaniards sent invading armies to South America and killed the native south Americans who had lived there for centuries.  They forgot to tell the story of how the White European Spaniards brought disease and destruction and the colonization of the Southern Region of the Americas. They also forgot the atrocity of bringing slaves into the freshly acquired world of New Spain. As for me, I detest those damned White Europeans from Spain who stole and killed their way into a new frontier. I would compare them with the White Europeans from Britain, Germany, and France. It is probably fitting that I have such disgust for the conquerors of New Spain for history tells us that they intermarried with the Brits, Germans, and French in the circle of Royal Inbreds. Sorry Bastards-Fuck'em all!

Now back to the crazy demented ANTIFA-SOCIALIST-COMMUNIST-DEMOCRAT PARTY. They have demonstrated how they will Rule if they are allowed to take back the power of the Congress-Senate-Presidency of the United States of America. They will rule with violence against those who oppose them politically. They will encourage their minions to attack violently those who speak in opposition...the first amendment will be replaced with the v-amendment. If you oppose them, they will knock you down and then kick you...Just ask former AG Eric Holder. If you oppose them they will treat you uncivilly...Just ask former First Lady Hillary Clinton. If you don't vote against a Supreme Court Nominee they will track you and your family down and attack you in an elevator...just watch the video of the crazy bastards who screamed and shouted threats at an old lady in that elevator...Susan Collins!

Hey you so called people who claim to be the Moderates...is this the United States that you want to live in...if so...vote for these crazy sum bitches. I hope you get what you ask for!
No comments:

I understand that these people stood up for Supreme Court Nominee Kavanaugh but to go to lengths of praise that the FOX NEWS sucker exhibited was despicable.

The only reason that McConnell and Collins rose to the occasion in defense of Kavanaugh was because the intolerant left harassed and threatened them and their families.

I am thankful that the Establishment finally got an injection of testosterone and showed some political balls...But...the only reason they stood up on their hind legs was because they were attacked personally by the Democrat Loonies!

It was refreshing to see that they stopped hiding behind Conservatives and the Tparty and went on the attack! We were really getting tired of shielding these weaklings!