In the early Eighties, I was on a freight train headed west from Echo-Orange to Houston. We had departed Orange and was in the river bottom when we were informed on the locomotive radio that Beaumont yard had a derailment and that we would have to hold up east of the KCS bridge.

The engineer and I were on the head end of the train. We sat there for several hours waiting on instructions to head towards Beaumont. The conductor and rear brakeman were on the caboose. We had not communicated with them since we left Echo because the caboose radio did not work and in those days only old head conductors had walkie talkie hand held radios. Anyway, the conductor and brakeman  got concerned about was going on and they walked the 100 car train to the head end.

After everybody got on the Locomotive, we explained that were being held out by Beaumont Yard.
During our conversations something impacted our train from the rear. We did not realize that Amtrack had been following our block signals. Apparently the engineer had been short flagging the signals at speed that did not allow him to stop his train before impacting the rear of our train.
One thing in defense of the Amtrack engineer is that it was rainy and foggy. Our caboose marker was inoperative and they did not see our rear end until right at impact.

After the impact, we all looked at each other in amazement because our 100 car train move a couple car lengths with the engine breaks set up. After making an educated guess, we all came up with the Amtrack scenario. We immediately started calling out on the radio and the crew on Amtrack acknowledged that they had rear ended our train. The Amtrack locomotive front draw bar had been impaled into our caboose and the caboose ended up looking like an accordion! If our conductor and brakeman had not walked to the headend of our train, they would have died that day!

All involved were very lucky that day! Although there were several injuries, no one was killed.

I have found it difficult to write political articles as of late because President Trump just Keeps On Winning!

He beat the Clinton/Mueller/Comey/DNC/Cnn/Democrat Party Russian conspiracy. He hunkered down, took all the abuse, and came out a strong political force.

He has put the Democrat Party in a tail spin. They are eating their own. I do think it is funny that AOC has labeled Pelosi as a Racist! This is too funny. Identity politics has come home to roost in the Democrat Party.

Another very humorous item is the Left Wing attack on Joe Biden. I don't know what Joe was thinking when he thru his name in the Hat for the Democrat Party Presidential Nomination. I guess he forgot that he is an Old White Male and no matter how much he crawfishes and apologizes the Left will not tolerate diversity! After all, these left wing nuts are as Racists, Intolerant, Mean Ass, Violent in Action, and Anti-American as any Right Wing Nazis organization that exist. I have no use for either!

Dear Mr. President keep on doing what you are doing! We Love You!
No comments:

Yard signs and candidate forums will be a small part of what gets people elected or sent packing in Liberty County, Texas in the future. The social media age has arrived, even Liberty County print news and radio are ineffective in local elections [waste of money].

The last election saw scoundrels and carpetbaggers make a run for public office. We had a convicted felon [Smith] on facebook ramping people up for Donna Brown as well as other sorted lowlifes like attorney [Mark Beausoliel] who made a play for office on facebook, all subsequently exposed and shut down. Even Bill Buchanan at KSHN radio [now out of business] with his lies and forum rigging didn't have an effect on the last elections either.

'We The People' are now empowered and not deceived by dirtbag candidates, news personalities [influence peddling] and carpetbaggers.

If you believe the last election was hot, wait till you see the next general election, LD will be there and reporting, we report the lies and dirtbags trying to get elected in a little county in Texas called- Liberty... 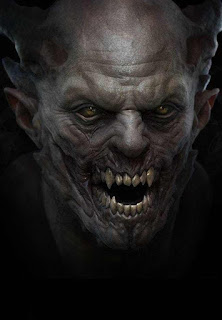 This is another chapter closing of a morally corrupt and evil individual in Buchanan/KSHN and his sidekicks including "Wendy Harrington" aka "Tiffany York".

Buchanan is also well know for sticking his microphone in the faces of young parents and others who had recently lost loved ones.

Donations through the years in hard dollars from Buchanan and KSHN to the community were scarce and seldom ever seen in the 40 plus years of operation. Buchanan was a very greedy man....

Buchanan moved into Liberty County, Texas many years ago from Kentucky as a carpet bagger and found a community ripe for his demonic victimization.

Apparently the Demonic Radio Broadcast from Buchanan and company at the Liberty KSHN have been sold to a Christian Broadcasting network, how ironic... A note on the KSHN website states KSHN will continue to broadcast their demonic work from the internet as a blog.